Getting data into other tools

The budget optimiser uses a market-mix modeling approach. As input data it uses spend data but can also use impression data or other input data. The model builds ad-stock representing the recent investments and models decay-rates, seasonalities, country holidays and other factors that might be important. 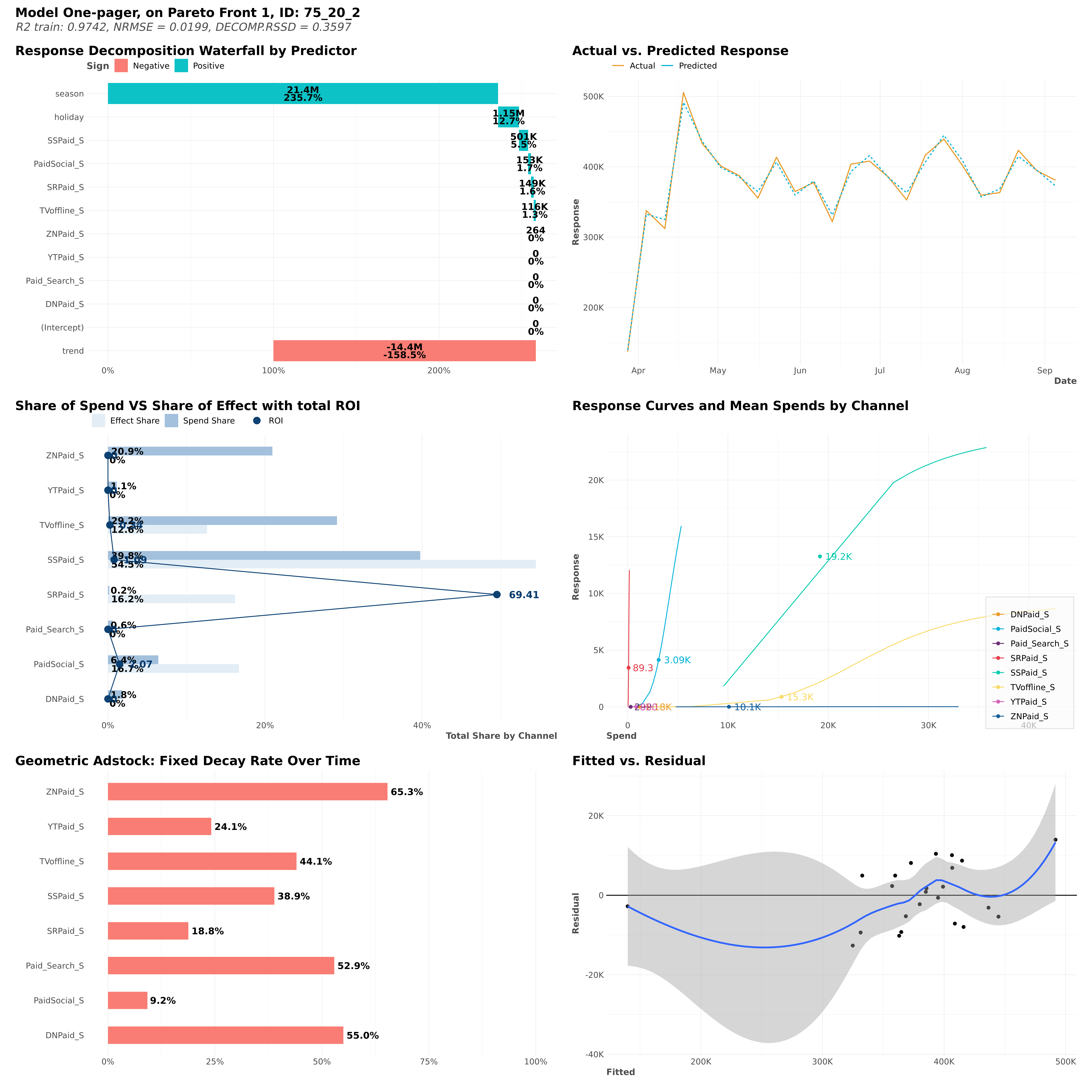 Here it shows the impact by variables. The variables are the variables that have been used as input data, eg. sourceMedium, campaign or channelgrouping.

This chart shows the Share of the total spend vs. the total effect and the ROI. Where the ROI is the return on investment considering the chosen outcome. If its revenue its a simple ROI but if its conversions it has to be treated more as a relative figure.

This graph shows the Spend on X and the Response on Y considering the diminishing returns as the spend increases. The response curves are per channel.

Shows how many % the investment decays over time. The time unit is weekly by default. As an example if decay rate is 30% the effect of the investment in the channel decays 30% per week.

Shows the individual datapoints with the actual response (revenue) and the fitted datapoint from the model.

This section gives the option to see an optimised budget and experiment with different scenarios and constraints. 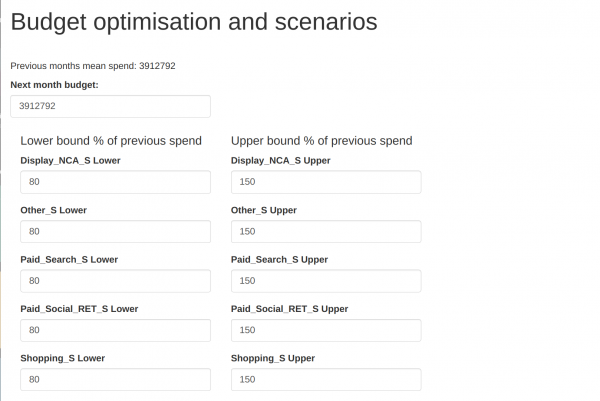 Lower bound of % of previous spend

Upper bound of % of previous spend

It shows the optimised budget allocation taking into account the model and the given inputs.

Total spend increase is 0 if the budget is the same as previously. Total response increase shows how much the revenue or conversions would increase or decrease with the given inputs. 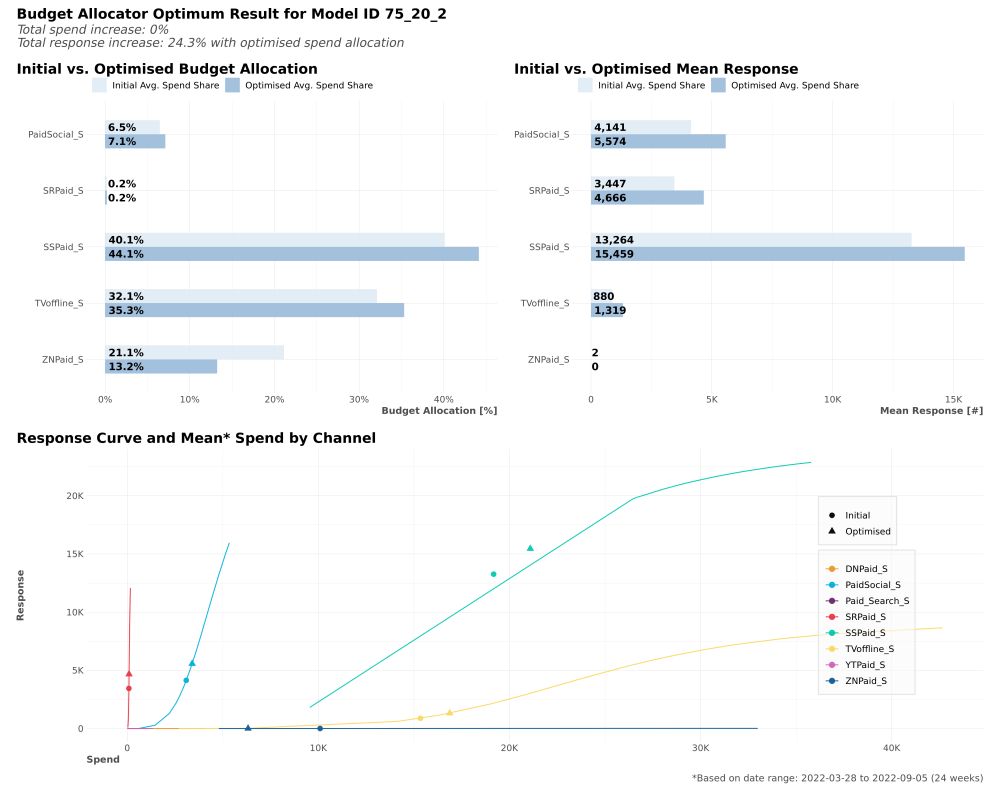 Here is shown the initial vs. the optimised budget allocation taking into account the constraints and return curves.

Initial vs. optimised revenue per channel.

The initial spend and optimised spend by channel on the response curves.

We only recommend making small budget allocation adjustments and doing them gradually so it gives time to test and see the effect and also leaves some room for seasonalities and other external factors playing in.

Except where otherwise noted, content on this wiki is licensed under the following license: CC Attribution-Share Alike 4.0 International